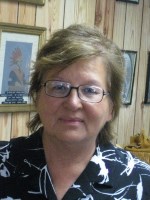 Carolyn King is a trailblazer. She was the first woman to be elected chief of her First Nation, the Mississaugas of the New Credit First Nation near Hamilton, Ont., and was recently appointed a member of the prestigious Order of Canada. In 2012, she was awarded the Queen Elizabeth II Diamond Jubilee Medal in recognition of her support for First Nations history and the advancement of Aboriginal peoples.

She is currently the sole proprietor of JDI Business Services. Her goal is to be a facilitator/resource person for Aboriginal/First Nation Peoples in Canada.

With over 25 years of work experience in the field of First Nations community development, King is a board member on numerous local community-based organizations and has been working with the PWIP Research Group to gain recognition for First Nations in the Ontario Provincial Policy Statement.

“I say that I am very political. I just don't like being the politician,” she says. “I worked for the First Nation starting in 1980s in the economic development department. I was a worker in the community. When I decided to run for chief and I won, then I got into the political side.”

Her latest effort is The Moccasin Identifier project to help students learn about and mark culturally significant Indigenous sites and traditional territories. King says, “That’s how we change the world.”

King is engaged in government, colleges and universities, businesses, and community organizations to do cross-cultural training sessions and presentations to help people develop a better understanding of Indigenous peoples in Canada.

“I live on the reserve here on the Mississaugas of the New Credit First Nation, so we have an education department and it is quite busy,” she says. “In the general sense, I think there is a lot of First Nations youth going to further thier education. Right now we have programs and services in the community. I think that helps with accessibility.”

When addressing how to encourage young First Nations people to stay in school, King says, “I think it comes with just giving them community support that it's important for them to get an education so they can go out there and come back and help deliver services and help keep the community going and to improve it.”