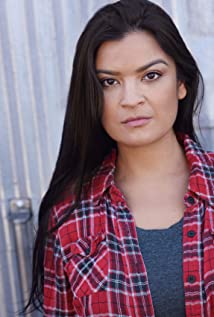 For Crystle Lightning, two life-changing events happened in the same week. Lightning is an actress originally from Enoch Cree Nation in Alberta. Just four days after giving birth to her son, Crystle was still in the hospital when she received a phone call from her agent telling her that the co-creator and director of the Canadian TV Show Trickster was flying to Edmonton to meet with her.

The show centres around the troubles of an Indigenous family. After a few interviews, Crystle landed her dream role as “Maggie.” Crystle says she’s waited her whole life for a role like this.

She also got to work alongside her own mother on the show.

“My mom got us into acting when we were very young,” said Crystle, who did her first movie when she was nine years old.

“I realized that I actually wanted to pursue acting as a career after high school. That's when I made the choice to start studying and honing the craft.”

But Crystle learned that a career as an actor was difficult.

“It's like feast or famine,” she said. “Throughout my 20s there were a lot of ups and downs and wondering if I should do something else when things were dry. I found different things I enjoyed and pursued as well. They all had to do with the arts, though.”

Crystle, who now lives in Los Angeles, said becoming a mother herself has helped her relate to her character on the show. She’s excited to be part of something that’s not only Canadian, but Indigenous as well.