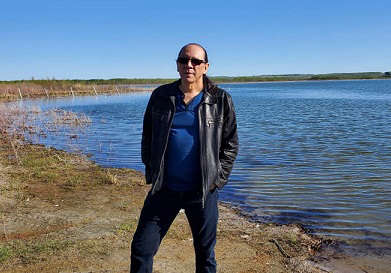 Jackson is also a Cree language teacher at the University Blue Quills  where he spends time in his other passion, which is teaching and instructing the nêhiyawêwin language.

Listen to Wayne, Saturday morning at 6, and Sunday's at 10am on CFWE